This past week, I felt like I was on a mental and physical bullet train. It started with a mastermind with a dear friend and colleague; followed with an incredible three days speaking at the QuickBooks Connect conference; and concluded with a long layover in China, where I toured the Great Wall.

The bullet train seemed to barrel through the week, stopping at key moments. There was the contemplative run along the Santa Cruz beach way, where, as often happens when I run with intention, I arrived at insights about my business and life. Standing at the end of the long pier, I breathed in the salty, cool air and listened to the sea lions bark below me, marveling at how different the ocean can be at varying spots in the world. I felt grateful and renewed in that moment.

The train also stopped several times during the conference, but one morning stands out. If you’re not familiar with QuickBooks Connect, you should know it is a marvelously executed global event for accountants and business owners. Thousands of people from all over the world came together to improve themselves and their businesses. On the last morning, our Next Level Women Leaders team organized a meetup on women in leadership. We broke this big, important topic into five subtopics: professional advancement, wage gap, diversity and LGBTQ, sexual harassment, and maternity and paternity leave. Each group was given a card with the topic and a set of statistics (many from the latest Women in the Workplace report by Lean In and McKinsey).

Then, we asked each group to discuss the topic and come up with one solution-based idea. We left the instructions open, letting the teams decide how to handle the prompt. When we brought the larger group together to share their recommendations, we had a meaningful, thoughtful dialogue between women and men about what we need to do as a country, as companies, and as individuals to continue to improve the state of women in the workplace. And since it was a globally diverse group, we heard about what other countries are doing too. We also celebrated the progress women have made, including a record number of women running for office and elected to Congress.

The metaphorical train then shot right out of San Jose (but not before a last-minute travel crisis, of course!) and into Beijing, via a twelve-hour flight. I had a twenty-four hour layover ahead of me, so I headed to my hotel, devoured half a pizza, FaceTimed my family, and then collapsed into bed (I had skipped a night of sleep, after all). Nine hours later, I woke up and readied myself for the Great Wall of China. Soon, I was saying goodbye to the taxi driver and catching a shuttle to the lift, where I found myself high above the city of Beijing.

The Wall was everything everyone said it would be. Magnificent, awe-inspiring, unlike anything I’ve ever seen. I know the history is dark, and of course that was in my mind. But the structure itself is a feat of humankind, and it’s hard to fathom the 13,171 miles of stone that stretch across the country. I stood in the watchtowers, imagining what the Chinese guards would have seen, and where they probably stood, and how many guards they must have needed for those thousands of miles.

After wandering the Wall for some time, I headed to the toboggan station and flew down the mountain, walked to the shuttle, and my personal bullet train took me back to Phuket.

So here I am: writing from my office, readying myself for a normal workweek, with the adventures of last week behind me. Isn’t that too often how life is? Those moments just zip by—blink, and you’ll miss it.

I have been practicing presence. At the ocean, I closed my eyes and smelled the salty water and stink of sea lions and freshly caught fish, anchoring myself mentally in that space. At the conference, I put down my phone and walked with eyes up and brain engaged, grateful for the opportunity to be there and share our message of inside-out leadership. At the wall, I again closed my eyes, ran my hands along the stone, felt the crisp air on my face, and willed myself to be present, to be there. Really there.

The train zooms on, but when it stops, I want to be fully, totally, and completely present in these moments. 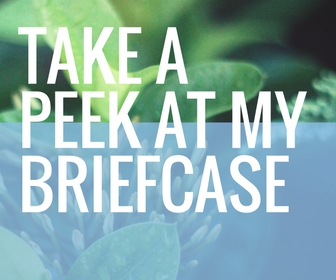