Our cat is crazy. I don’t mean the chasing-bugs-and-running-around-the-house kind of crazy. I mean the jumps-at-every-sound-foot-attacking-eyelid-biting kind of crazy. Yes, she bit my eyelid.  And it hurt.

We got our little bundle of love from the Dominican Republic. Having recently moved into our first apartment together, my then fiance (now husband) and I decided to adopt a pet. Why we did this, I’m not really sure. In hindsight, we probably should have waited until we got back to the States.

We started our search for our new kitten by looking online. Now, the Dominican Republic is a wonderful place, but it is immensely lacking in infrastructure–roads, mail, and Internet–so finding our kitty was not easy. After several choppy conversations in Spanish, we finally found an organization that had two kittens ready to adopt. We went immediately, of course.

When we arrived, we saw two, little, emaciated kitten-like creatures. One of those little things was practically screaming at us in meows, and the other was frantically scaling the wall of its cage, crying at us.

We are practical people. Both of us knew that something was wrong with those cats. Their mother had died a week after they were born, leaving them alone on the street, starving, for a week. The rescue agency then took them in and gave them hard food and water at two weeks old. These cats had some real neurological issues.

But, we were desperate. We needed a cat (or so we felt at the time). And, the cat needed us (which was probably true).

So, we took the less crazy of the two home and named her Lila, which is Spanish for lilac.

You know how, sometimes, a baby is cute just because it’s a baby? Lila was like that. Her cuteness wasn’t inherent, and our friends politely pretended to think she was cute. 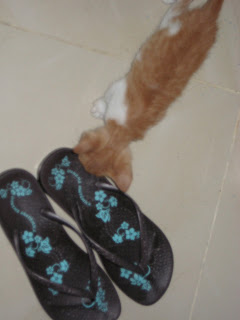 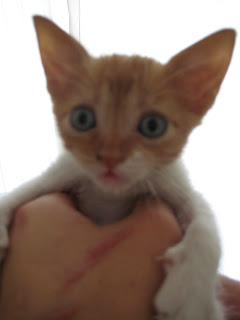 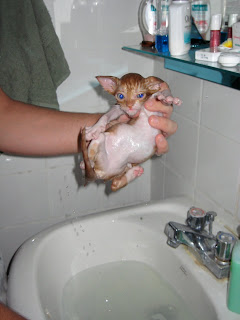 Truth is, our cat was a nightmare in many ways. She destroyed $900.00 of furniture (which we had to pay our landlord for), left scars from the many scratches she gave us, and attacked me on multiple occasions. We’ve also paid hundreds of dollars flying that silly thing back and forth between the Dominican Republic and the United States (four times).

Despite all of that, I love every feral bone in that little monster’s body.

The point? Well, I think my “ode to feral cats everywhere” was supposed to be a plug for adopting pets. I’m not really sure that happened. If I haven’t scared you off entirely, adopt a friendly, feral pet today! 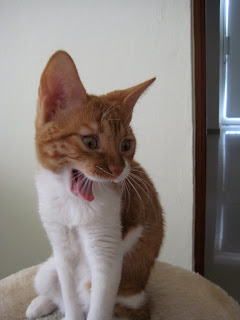 Keeping It Going: Pursuing Your Passion »